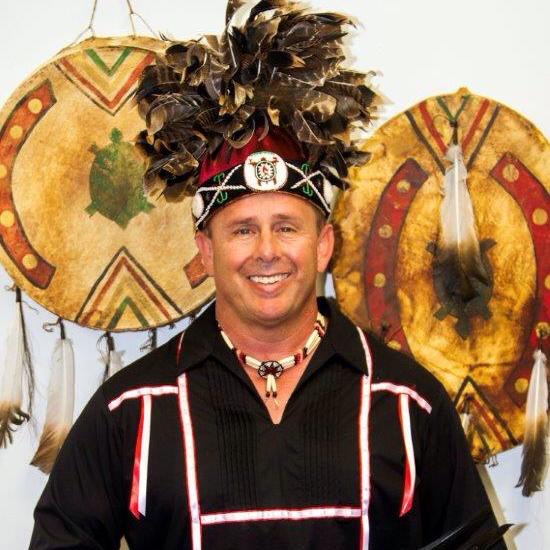 Chief of the Wyandotte Nation

Billy Friend currently serves as the Chief of the Wyandotte Nation, located in Northeast Oklahoma.  Prior to his position as chief, from June 2006 to June 2011, he served as second chief.  In addition, he has more than 18 years of diverse leadership and management experience, having served the Wyandotte Nation as director of Health Services, director of Human Resources and Chief of Staff.

As chief, Friend is responsible for fulfilling the mission statement and developing, revising and implementing strategic planning that directs all grants and contracts administered by the Wyandotte Nation.  He works with each department and committee in executing initiatives and serves as the tribal representative to all community service partners and other tribal organizations.  Additionally, he is responsible for strategic development and oversight of all land claim settlement and land into trust issues and has had oversight of two tribal casino projects.

Under Friend’s leadership, the Wyandotte Nation economically has grown to more than 800 employees, with gross revenues of tribal enterprises producing over $70 million dollars, which helps fund and subsidize all of the tribal social service programs.

Friend’s interest in his heritage didn’t peak until beginning employment at the Wyandotte Nation.  He always knew that he was Wyandotte but didn’t begin to fully comprehend his culture until he began his journey.  Since that time, his knowledge, curiosity, desire and passion have developed to educate and inspire others to learn of their Wyandotte ancestors and learn what it means to be Wyandotte.

Many new programs have emerged for the Wyandotte people during Friend’s tenure began.  He is most proud of the youth summer intern program, which serves up to 30 youth, ages 16-22.  This opportunity allows for Wyandotte tribal members to come to work and see firsthand how the organization operates and prides itself in improving the quality of life of those served but also to the community at large.  In addition, Friend established the first-ever tribal town hall meetings, held all across the nation, as a way of reaching out to the 4,000-plus Wyandotte tribal citizens who live outside of Oklahoma.  This effort was made to help reconnect them to their tribal heritage.

The Lichtman-Behm Genocide Lecture Series allows Heidelberg University to continue to develop responses to the Holocaust and other acts of genocide.

Alumnus Donald Behm, a World War II veteran who helped liberate the Mauthausen concentration camp, was later united with Holocaust survivor Jimmy Lichtman. In 2010, the university formed a relationship with the Lichtman family, and as a result, established the Lichtman-Behm Genocide Lecture Series.

The mission of the series is to bring to light the human tragedy of genocide for the campus, local school children and the community at large.  Through special programming each fall, we are reminded that we are all connected to the past. The series reminds us to never forget and encourages us to work toward a world where these atrocities will not occur.

starred events (*) are open to the public

all events are free